Reading memoirs by others is an essential activity for the memoir writer. By reading a variety of memoirs, you will see that there are many ways to approach writing about one's life. Each memoir establishes its own tone, its own voice, its own style, and its own shape.

When you visit the memoir section of the library, you will find that there are two basic categories of memoir:

1) the lives of famous people,

2) the lives of ordinary people.

I'm especially interested in memoirs of "ordinary" people because these memoirs succeed on the quality of the writing -- not the fame of the author. With the possible exceptions of Russell Baker and Nuala O'Faolain (journalists), and Joan Richards (mathematician), the authors below could not rely on name recognition.

In reading about the lives of ordinary people, you'll see that there are really no ordinary people. All lives, if examined closely and portrayed with insight, grace, and humor, are extraordinary.

Along these lines, here's what columnist Molly Ivins said in The Nation about The Liars' Club: "To have a poet's precision of language and a poet's insight into people applied to one of the roughest, toughest, ugliest places in America is an astonishing event."

Indeed, every one of us can write about our own lives with a sense of astonishment.

Wild: From Lost to Found on The Pacific Coast Trail by Cheryl Strayed, (Vintage, 2013).

Angela's Ashes: A Memoir by Frank McCourt (Simon and Schuster, 1996)

Angles of Reflection: Logic and a Mother's Love by Joan L. Richards W.H. Freeman and Co., 2000)

Are You Somebody: The Accidental Memoir of a Dublin Woman by Nuala O'Faolain (Henry Holt and Co., 1996)

Eat, Pray, Love: One Woman's Search for Everything Across Italy, India and Indonesia by Elizabeth Gilbert 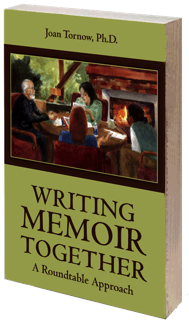