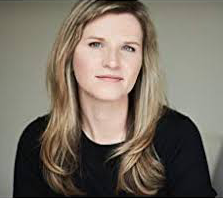 I recently came across the beautifully-written memoir, Educated: A Memoir by Tara Westover. The title reflects the theme of the book – the struggle for the author to escape the family mandate to avoid school. Her father, whom she later realized must have suffered from bipolar disorder, was a paranoid and suspicious person who believed he was protecting his children by keeping them away from schools and from the broader American culture. Her mother, while not totally on board, went along with her husband’s rules on this and on most other family matters.

In the prologue, Westover uses an emblematic scene to introduce the memoir’s theme. She begins with the sentence, “I’m standing on the red railway car that sits abandoned next to the barn.” After describing the valley below, she gives us this stunning paragraph:

Turning toward our house on the hillside, I see movements of a different kind, tall shadows stiffly pushing through the currents. My brothers are awake, testing the weather. I imagine my mother at the stove, hovering over bran pancakes. I picture my father hunched by the back door, lacing his steel-toed boots and threading his callused hands into welding gloves. On the highway below, the school bus rolls past without stopping.

Wow! In just a few words, Westover has established the setting, the fact that she has brothers, the domestic role of her mother, the occupation of her father, and … especially … the fact that none of the kids get on the school bus. None of them go to school.

Westover devotes much of the first three chapters developing the back story of her parents, i.e., what their parents had been like. In Chapter 3, she reveals that her mother’s mother had come from the “wrong” kind of family but, after marrying a navy man, devoted her life to being “respectable” – with the white picket fence and other status symbols. But her daughter, Westover’s mother, had rebelled against all this “respectability” and had run off and married a sort of “bad boy,” Westover’s father. This back story adds depth to the memoir.

Another brilliant aspect of this memoir is the way that Westover identifies generational patterns. At her grandmother’s funeral, she realizes that her grandmother must have felt some of the same feelings she herself was experiencing:

Grandma was the only person who might have understood what was happening to me. How the paranoia and fundamentalism were carving up my life, how they were taking from me the people I cared about and leaving only degrees and certificates – an air of respectability – in their place. What was happening now had happened before. This was the second severing of mother and daughter. The tape was playing in a loop.

YOUR TURN: There is so much more in this memoir that I could comment on, so many strategies to tell a story with honesty and skill. I urge memoir writers to read Educated: A Memoir. And, I invite you to email us some of your favorite passages, along with why you like them. Any criticisms are also welcome. The idea is to read like a writer, noting what works and what, sometimes may not.

Click here to send your thoughts about Educated: A Memoir